So, I accidentally bought an Arab Crown Folio last week at a house clearance auction. Fully expecting to not win, I submitted a bid on the website, below the estimate price (all I could afford, though), and completely forgot about it. Until I got the email, that is. I’m over the moon to get such an amazing press at such a ridiculously cheap price, but it came with a few potential obstacles; Firstly, it was located in Prestatyn, North Wales (a 5-hour drive); Secondly, it was going to be a challenge to extract the press.

The team at the auction house were extremely helpful in helping me to remotely paint a picture of where the press was and the logistical challenges that lay ahead. It was located in a shed in the back garden, and in order to get it to the street it had to be taken through three doors, down a narrow alleyway and past a Heidelberg Platen (which was also part of the auction but had no bidders). The narrowest part of the move was measured at 75cm, which for a press dimensions well over 1m was going to make things interesting. Oh yeah, it weighed 750kg.

First things first, I recruited my main man, Andy Taylor of The Elrod Press. What he’s forgotten about press moving would have been enough to help me get it out. Luckily, he hadn’t forgotten much (I hoped). Next, I did some internet research and found a great resource; British Letterpress have a great write-up on assembling and disassembling the Arab, with links to The Arab Parts list and original erection instructions, kindly scanned by Steve Fisher and Ben Weiner. Finally, I recruited the heavies… well, the old man. Finally I got a day off of work, locked down a van with a tail lift, some lifting things, big spanners and a sat-nav. Off to Wales we went…

We met Andy at Stoke-on-Trent, and got to the house at around noon – plenty of time. We were met by the auctioneers and left the keys. It turns out the house was used as a base of a pretty successful business called The Seabank Press. Sadly the house was being cleared because the owner and operator had passed away. Hopefully he is looking down knowing that his press isn’t going to scrap.

There was printing equipment everywhere. Most of the type and presses had been sold at auction but there were still a load of items lying around. We entered through the lean-to, which housed the Heidelberg. I panicked at the narrow passageway through which the Arab would have to come, whilst Andy turned over the Heidi. He had it up and running in 30 seconds. Despite sitting for over a year with no use it worked perfectly. What I’d have given to have a hiab crane to winch it out – it was offered to us at a steal if we could have gotten it out.

Then we moved through to the back of the house to the print sheds – four in total. All but one had been cleared – the Arab shed. It looked in great condition as we opened the doors and had our first look. Only then did we see that not only was it treadle-powered but had a working motor with it. Exciting AND dangerous. What more could I ask for? We got it going with the motor, then tried the treadle – it ran smooth and seemed as if it were brand new. What a steal.

It was only then that we saw that the rollers, trucks, and brasses (arms to hold the rollers) were missing, Bugger. A couple of quick calls to the auctioneer and they managed to track down the rollers, and the springs for the brasses, which were sold in another lot. I’m still searching for the brasses and trucks whilst I cross my fingers…

Right, now the ‘fun’ bit. We started to take apart the press. First the motor was disconnected, and then the ultra-fiddly safety mechanism. This was spring-loaded and made removal interesting. Then came the ink disk, the treadle and other smaller items. It still had no chance of getting through any of the doors.

So, Andy set about removing the connecting rods, which allowed us to pivot the bed of the platen down to the floor and separate it from the front end, effectively reducing the size and weight of the press by half. Now we were at a size that we ‘hoped’ that we could extract the press in two parts.

Door 1 was the shed door, and it was quite a bit wider than the other two, so the press came out easily. It was at this point that it began to piss it down. I love Wales. We then loaded it on to a pallet truck to move it down the corridor alongside the house. We lined it up and thanks to a small ledge in the clawing of the house, the press fit with 10mm to spare. Nuts.

The next door took about an hour to fit through. We ended up dismantling the door to give us the extra 5mm that we needed to get the press back indoors to the lean-to that stored the Heidi. It was still raining, so now we were soaked and very sweary. Once it was back inside, we got it round the Heidelberg and through the final door. 30 minutes later, the press was in the van and we began to pack up for our trip home a few hours late. Massive thanks to the auction house once again for being patient with us!

We picked up a small paper cutter and some tools related to the press and as we were finishing up we came across some prints made by the original owner, a business card and some pictures of the presses being installed. I hope I can do the former owner proud with this one, and I’m planning on researching into the Seabank Press a little more in the next few weeks.

We set off at 6pm on the drive back to the pub. Massive thanks do Andy & Don for all the help – there’s no way that I’d have managed without them. Next step – put it back together… 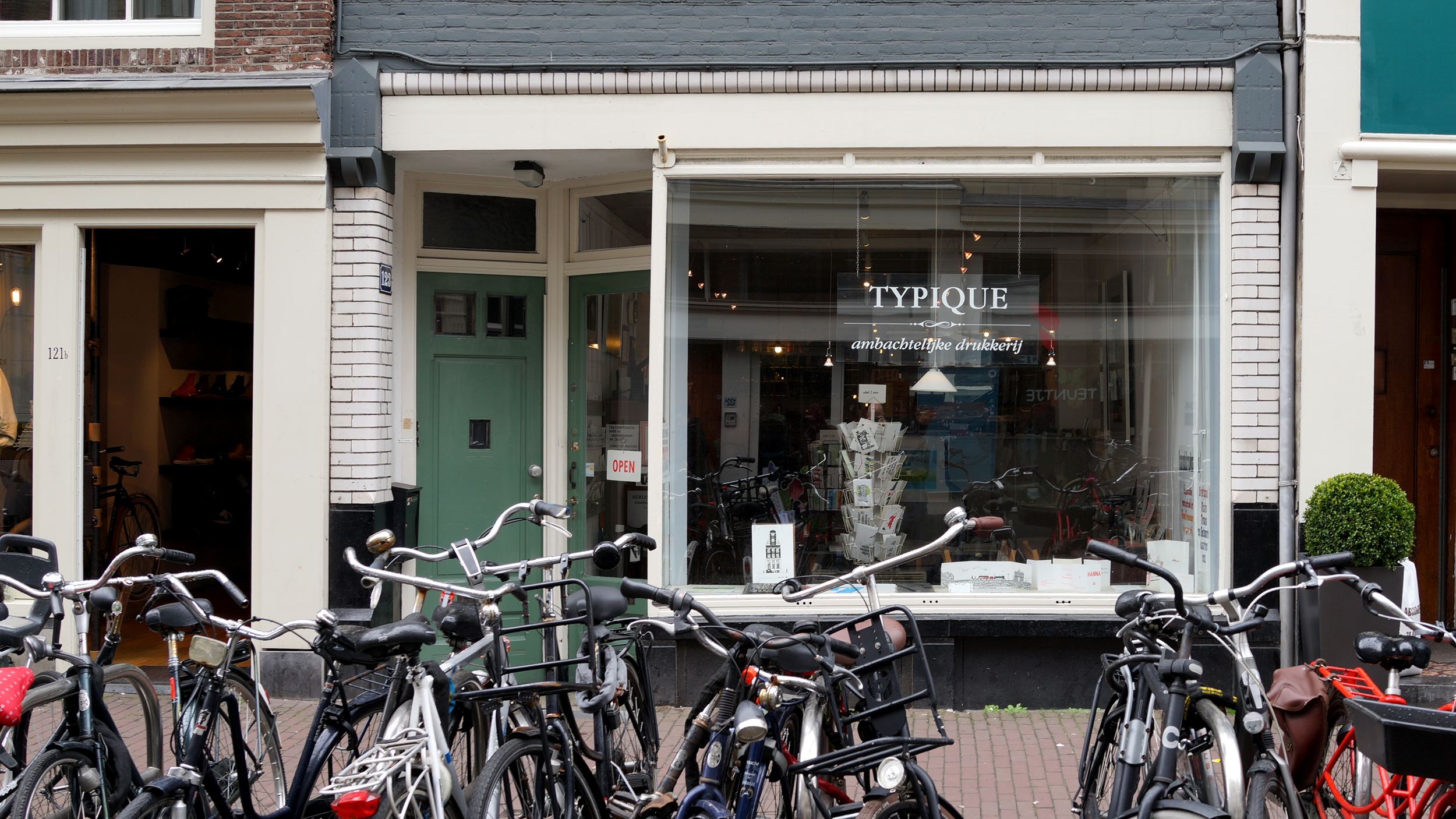