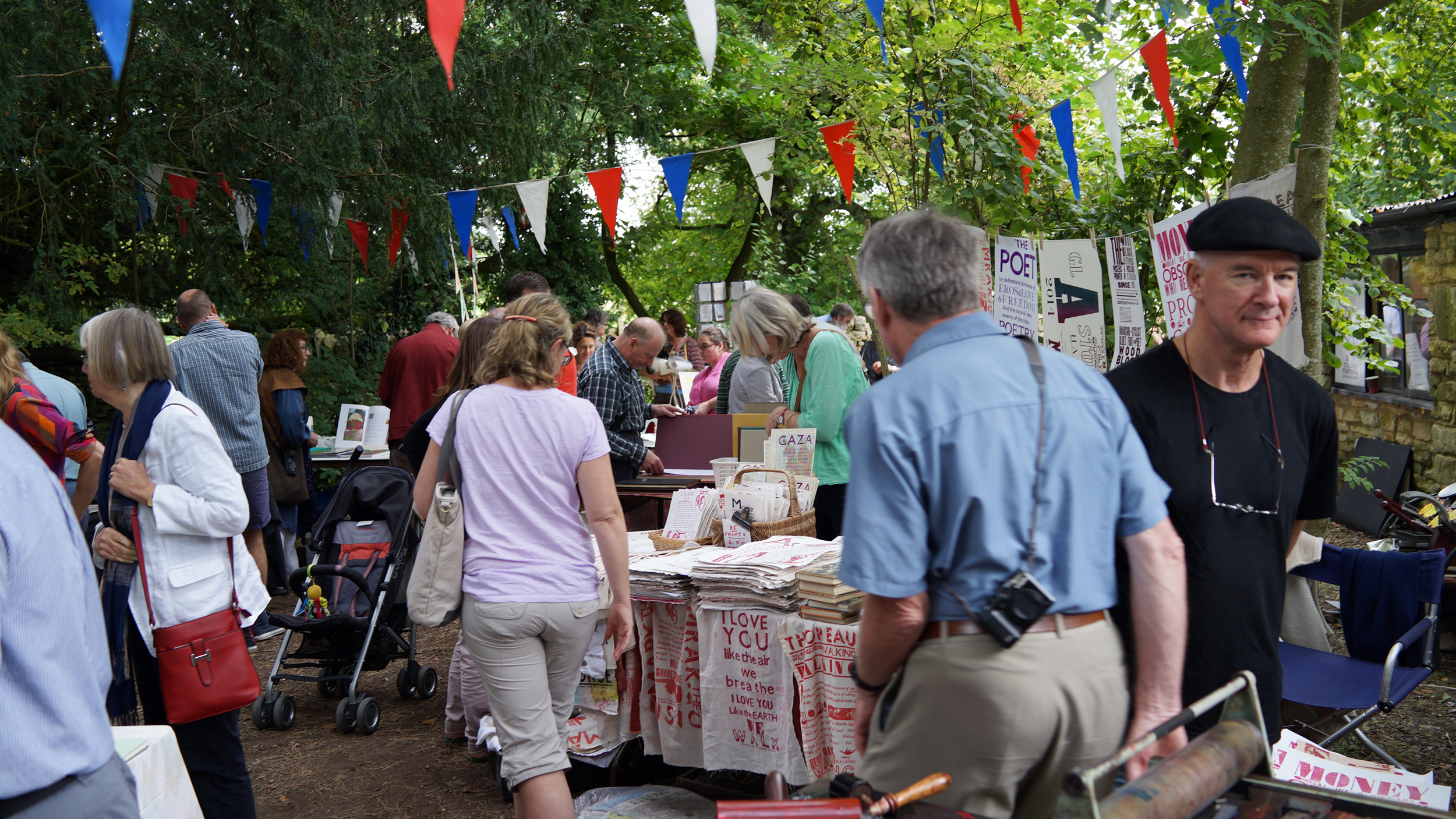 The first weeks of September are a very important time for me each year, as they coincide with Presstival.

In 2012, I had just had a knee operation so I had an hour before I had to leave to put my leg up and last year I had to run off early to get married. 2014 was different, I had nowhere to be, so I decided to visit with a tent and join in with post-festival drinks with fellow printers. I’d landed from a work trip to Japan the night before, so embracing my jetlag I was out of London just after sunrise and had chance to call in on my parents for a bacon sandwich before heading to Cheltenham.

For those of you that don’t know, Presstival is the annual open day of The Whittington Press in Gloucestershire. The event coincides with the village of Whittington’s country fair and it attracts printers, bookbinders, paper merchants of all ages and nationalities for a great day of inspiration and talking shop. For me, as a learning and aspiring printer, it’s a great opportunity to see the work and talk to some of the best in the business including Typoretum, The Salvage Press , Hand & Eye and of course the Randle family from Whittington (amongst many others). Despite there being a couple of notable absentees (looking at you Print Project) it seemed like 2014 was the busiest ever. The quality of work on display was scarily good as well as extremely varied – ranging from traditionally and beautifully printed/bound books and Monotype Supercasters casting fresh Caslon, to huge laser-cut printers fists and exploded display typography by Tom Mayo and the prolific printing man that is Dennis Gould. 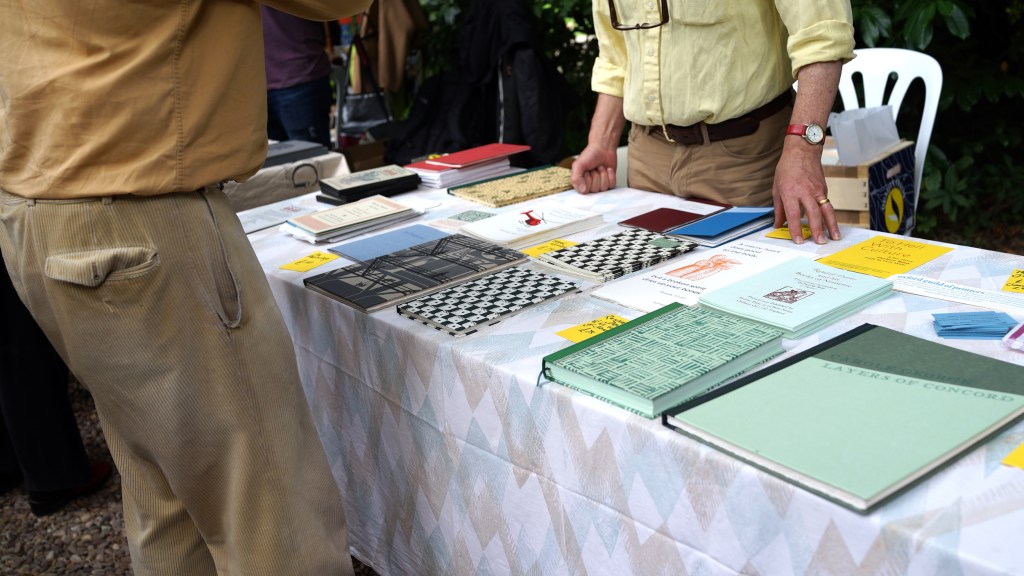 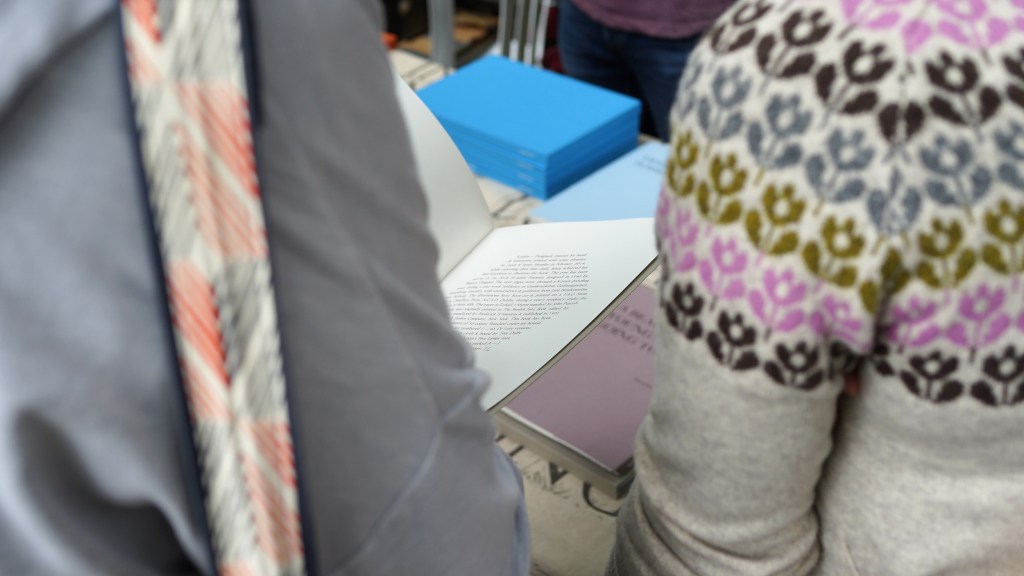 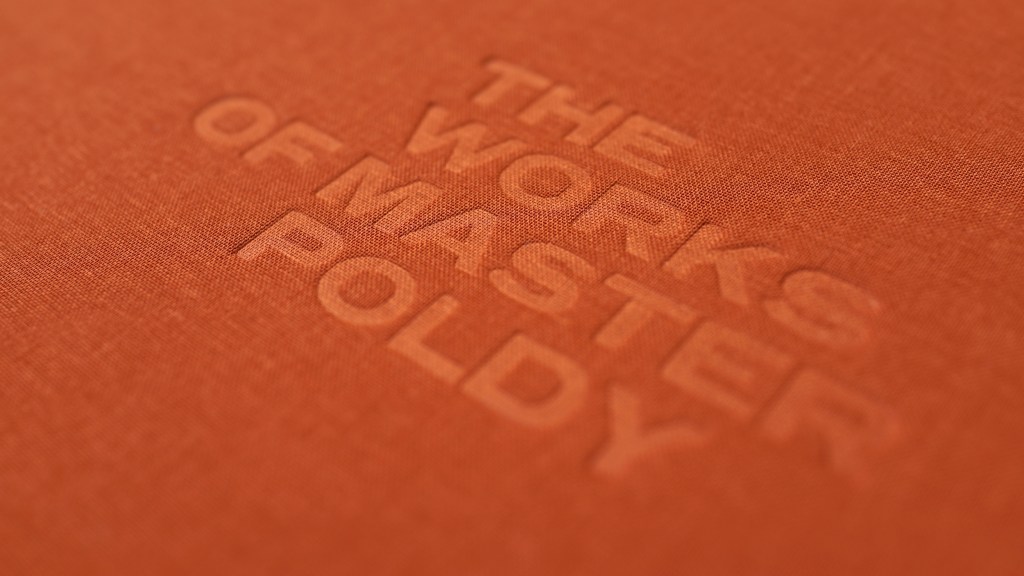 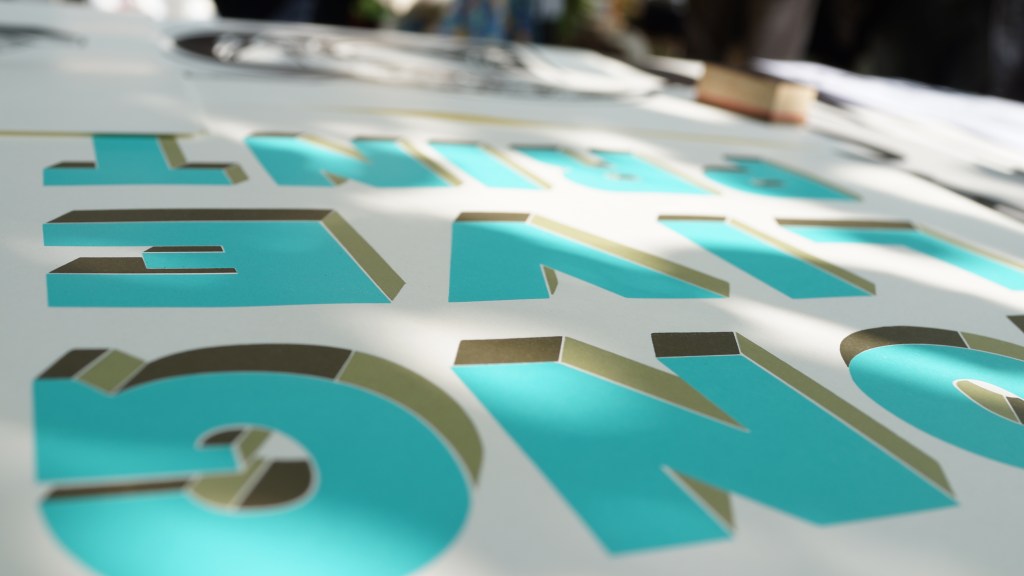 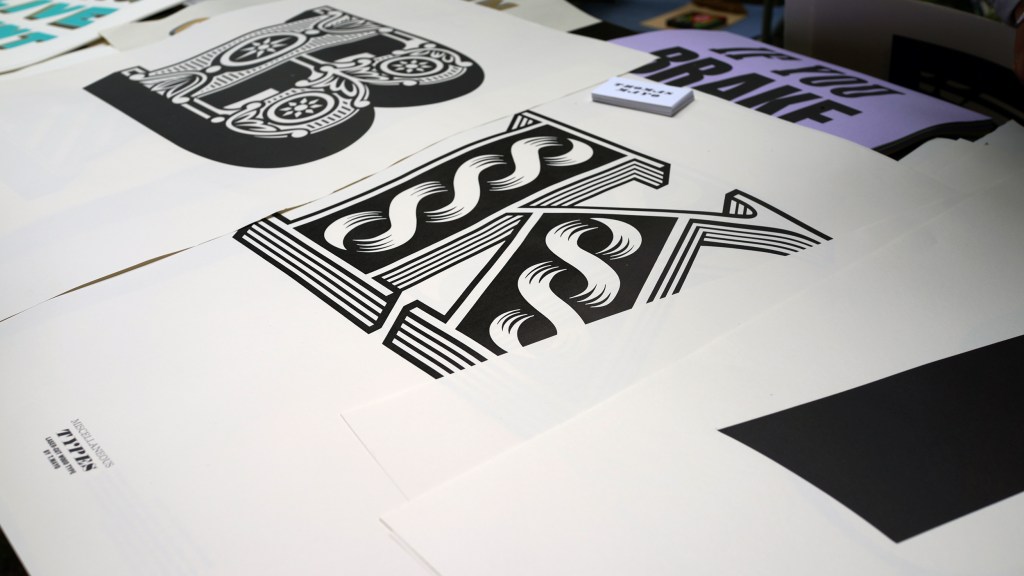 It was great to catch up with The Counter Press, Mostly Flat and Semple Press and ever-so-briefly Andy Taylor of The Elrod Press and many more. It was also brilliant to meet some new likeminded folk and put faces to twitter-handles for the first time. We even got to wave off Nick Hand who was about to embark on his printing bike trip to Mainz. 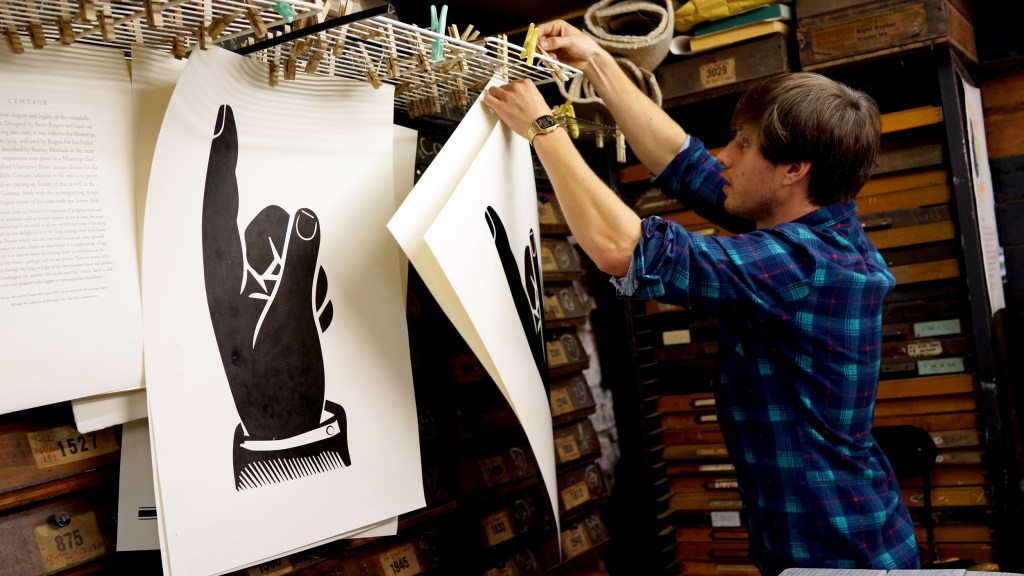 As the crowds began to leave it was time for me to have my annual snoop around the treasure trove of Whittington Press. Every room is full to the rafters with all things printing. Not one of my photos do the place justice. 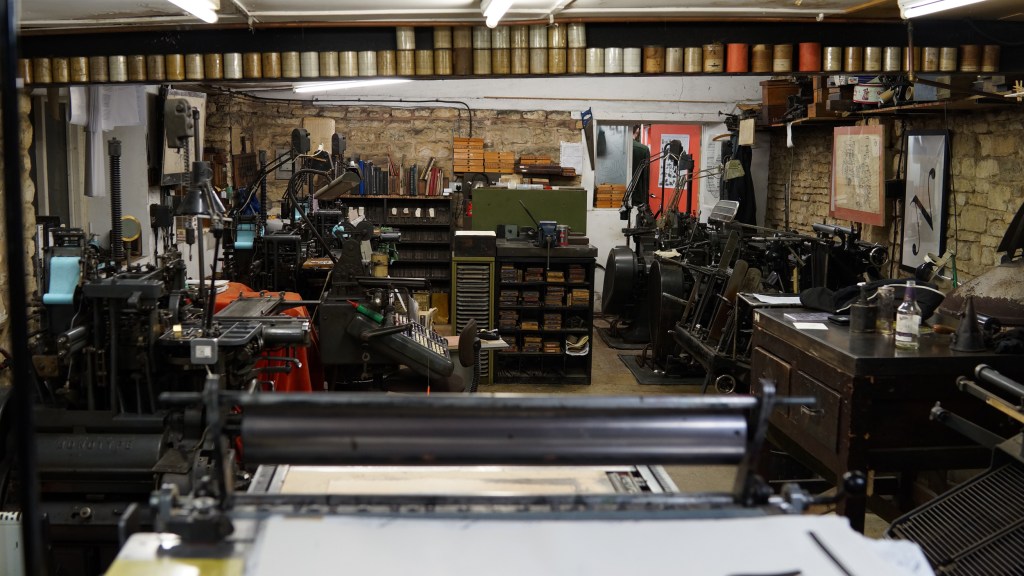 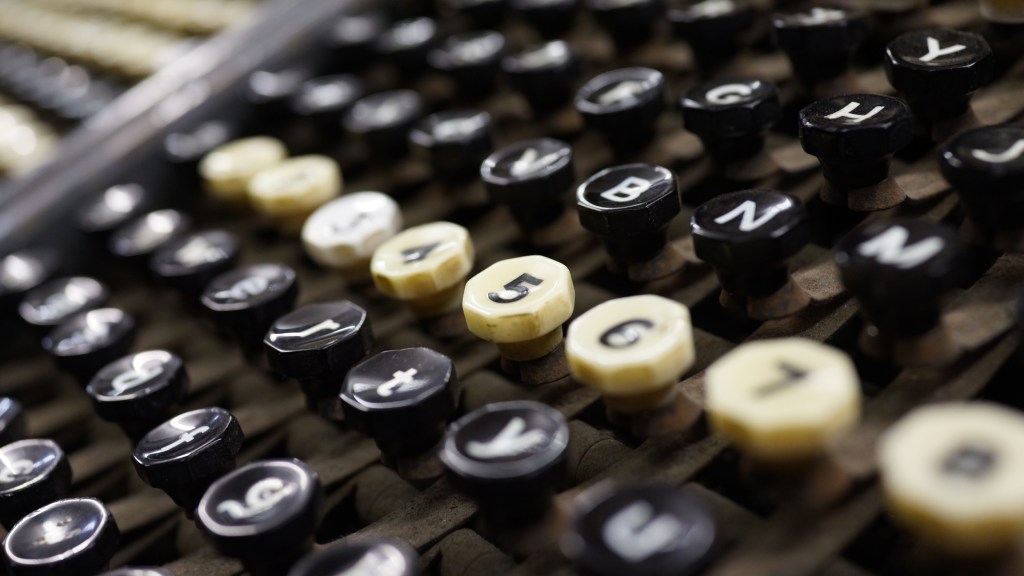 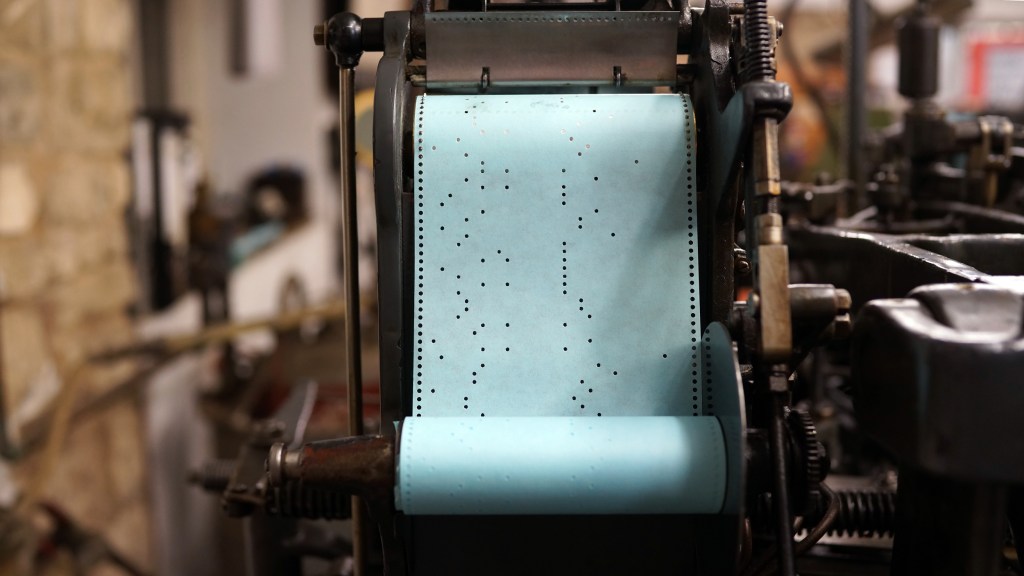 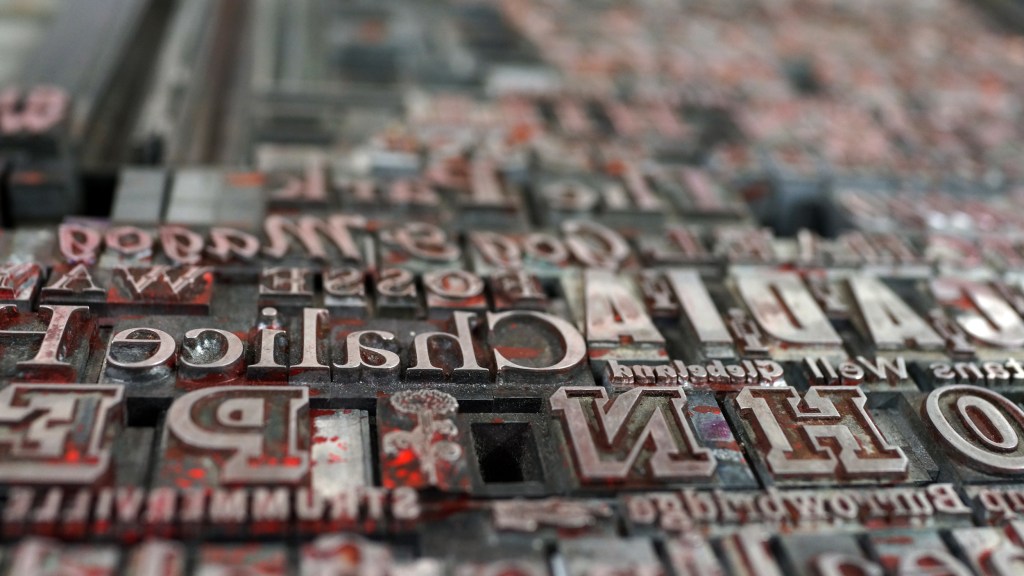 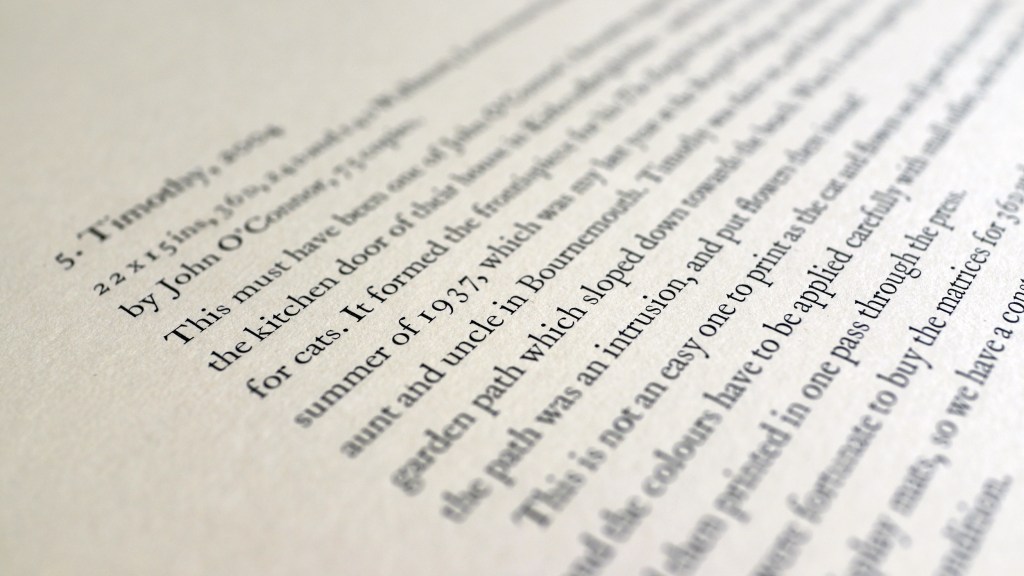 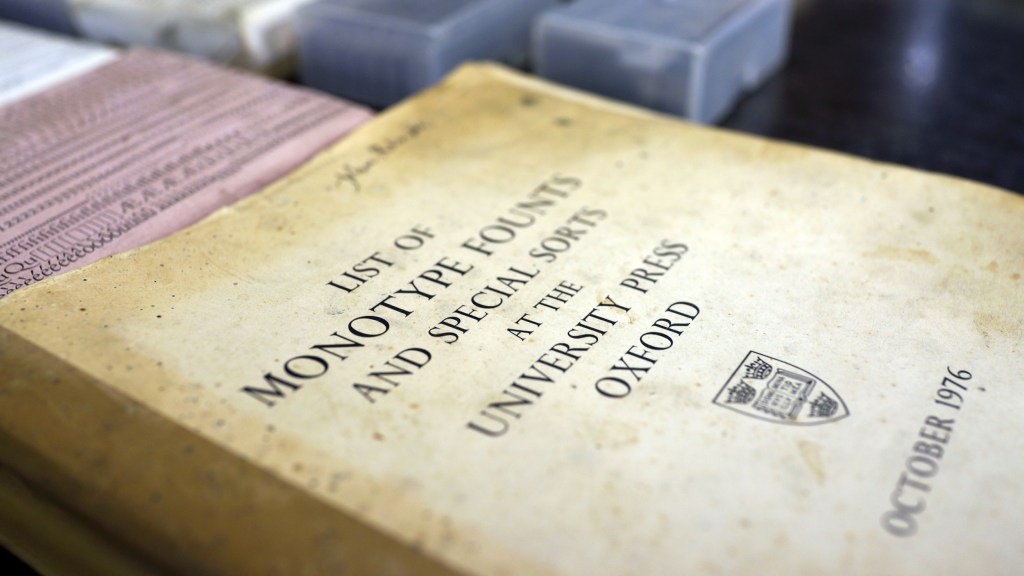 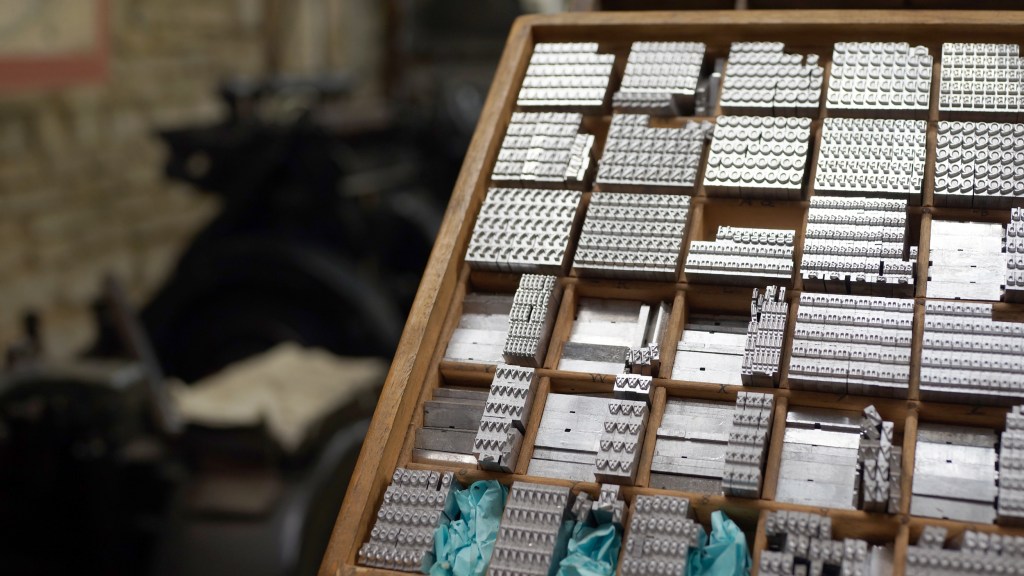 After the exhibitors had packed up for nightfall, we stayed around and talked printing around the campfire with a few drinks until the early hours. I slightly recall joining a new ‘Yearly Printing Club’ (or was it a cult) that would be a great excuse to visit Ireland. Let’s see if that happens, I sure hope so.

I leave every year with renewed enthusiasm for this crazy hobby, reminded that I’m not the only one mad enough to enjoy slow printing. Thanks so much to Pat and John for the hospitality. I can’t wait for next year. 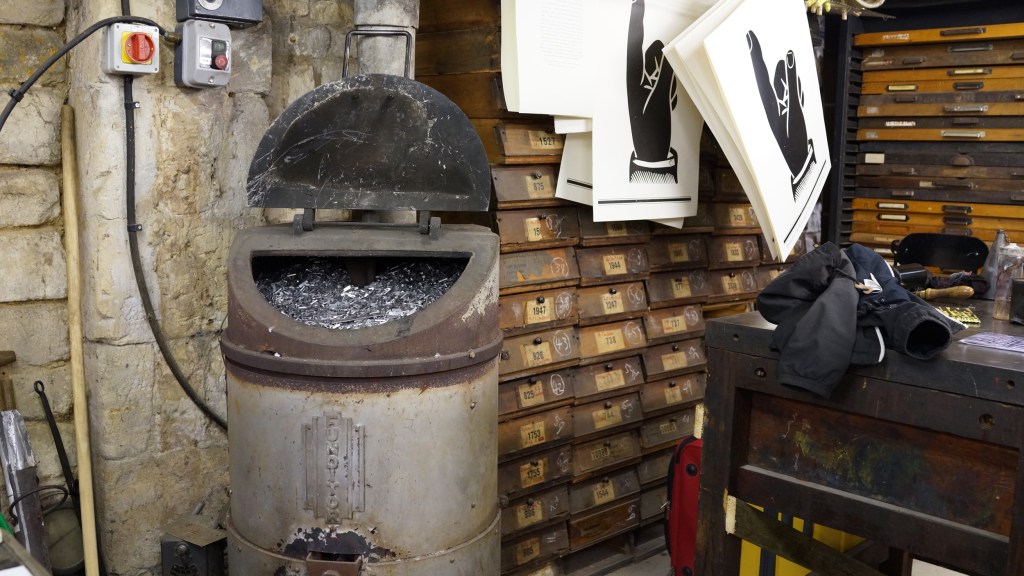 This is the happiest looking smelter I’ve ever seen. 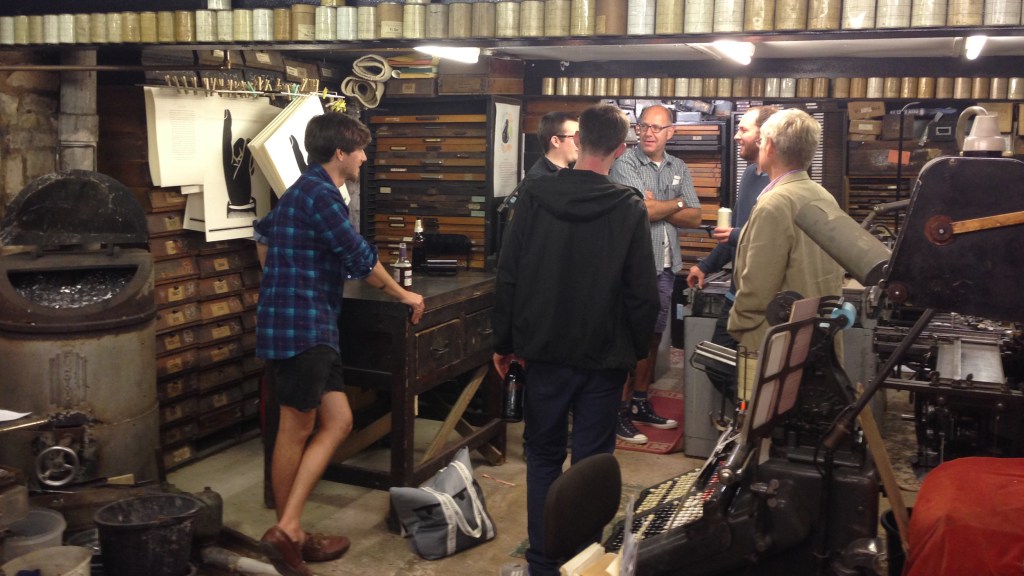 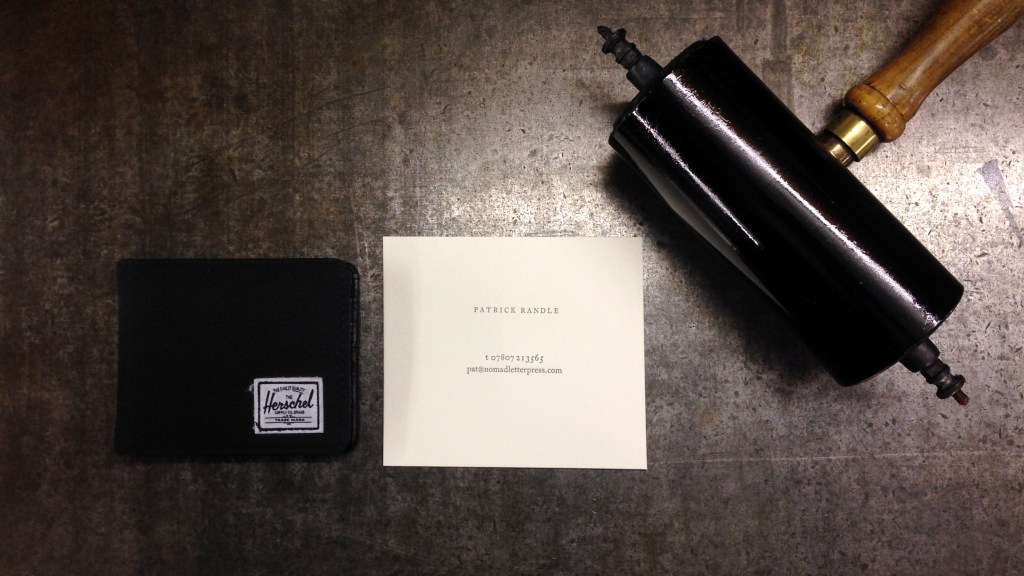 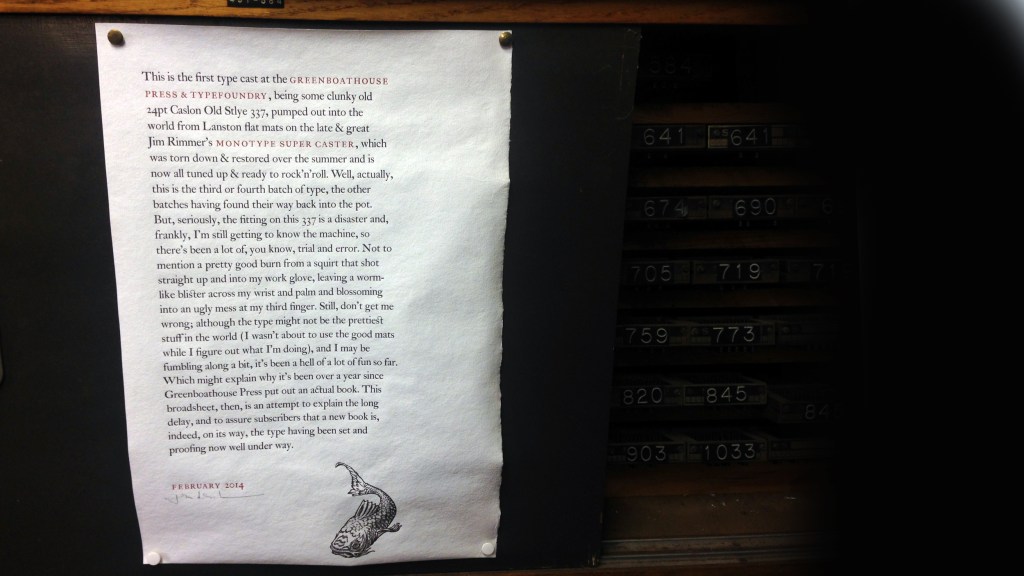 Absolutely love this print from the Greenboathouse Press & Typefoundry 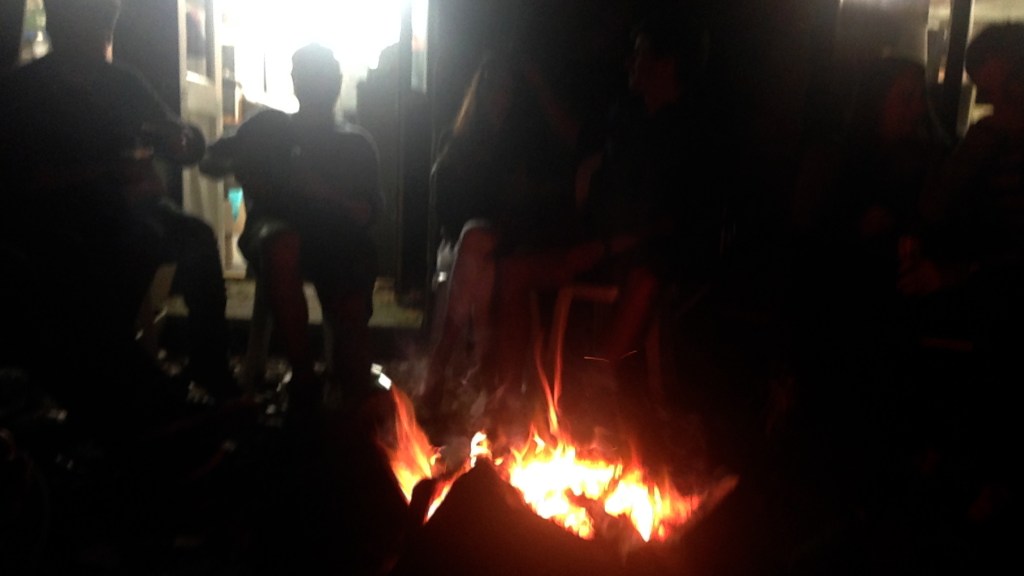 And then this camp fire went on for a while…