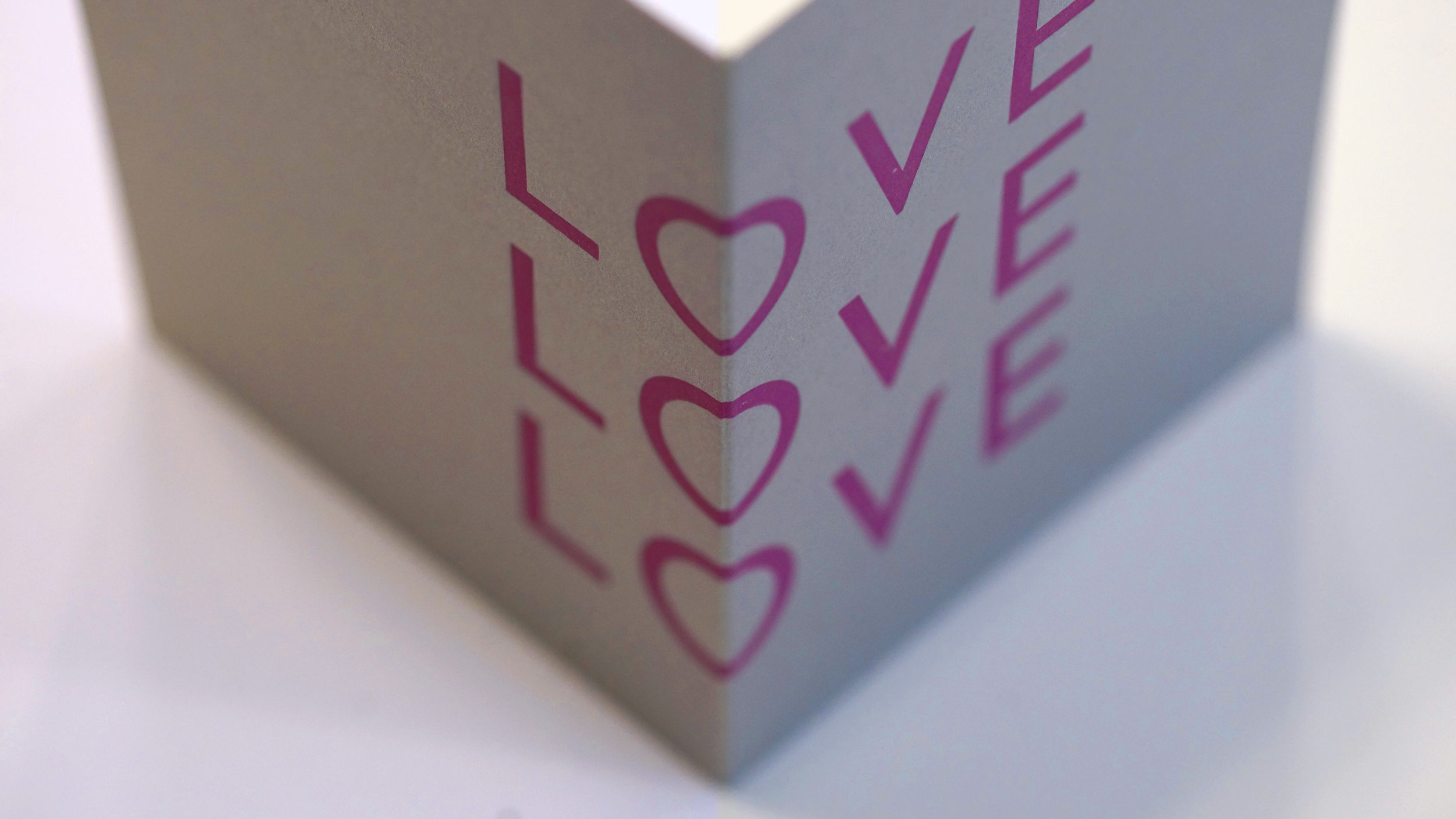 Posting this a little early, so here’s hoping that the wife doesn’t read this blog too often…

Last week I started thinking about Valentine’s day cards. For the first time, this has occurred more than 12 hours in advance. I must be getting romantic in my old(er) age. I wanted to create a simple typographic card that had a little hidden extra and had started playing around with the idea of folding through the counter of the letter O to make a subtle heart reference. A load of post-it note folded mockups later, I had a plan. Now all I needed was nice geometric type with a no-stress circular O. 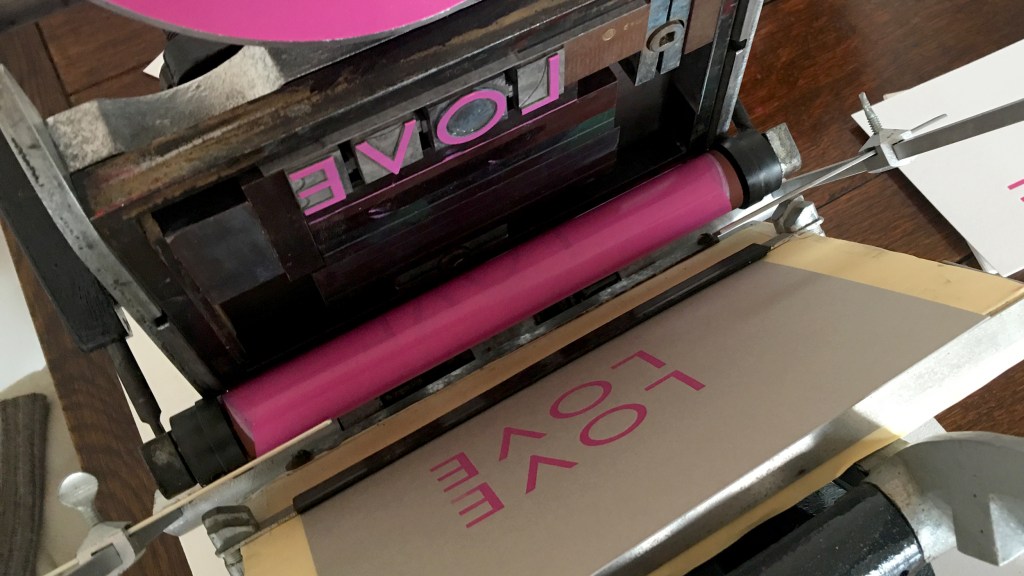 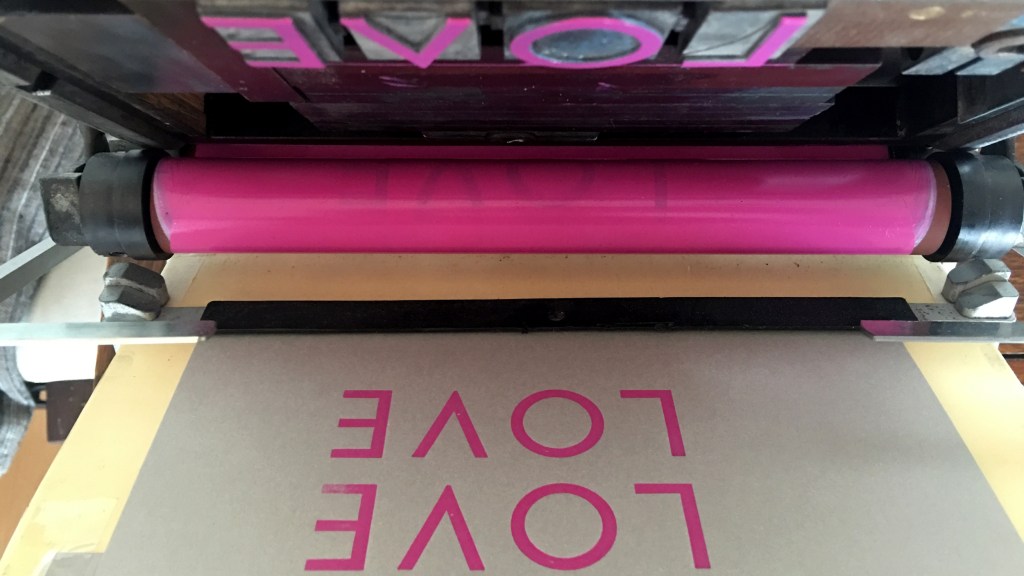 Luckily, I had a battered-to-hell-and-back galley of random 72pt Gill Sans* sorts that had the characters I needed (*I think, maybe it’s a Johnston / Granby – not really enough of the fount to identify accurately). I set this up in a very basic forme – please avert your eyes if you’re a purist – and inked up my trusty Adana in a nice hot pink, made with a load of Trans White and a dab of Rubine Red. 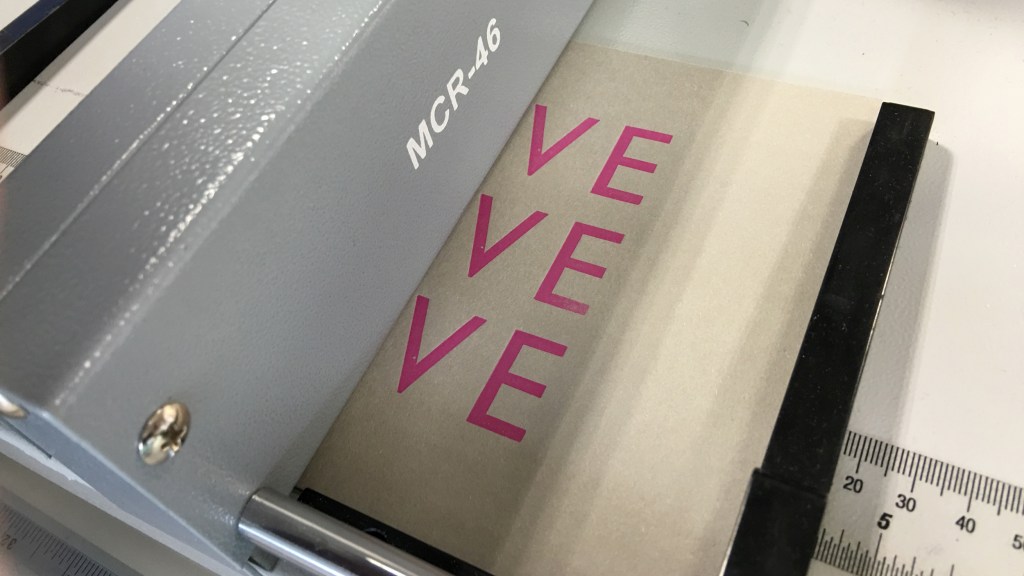 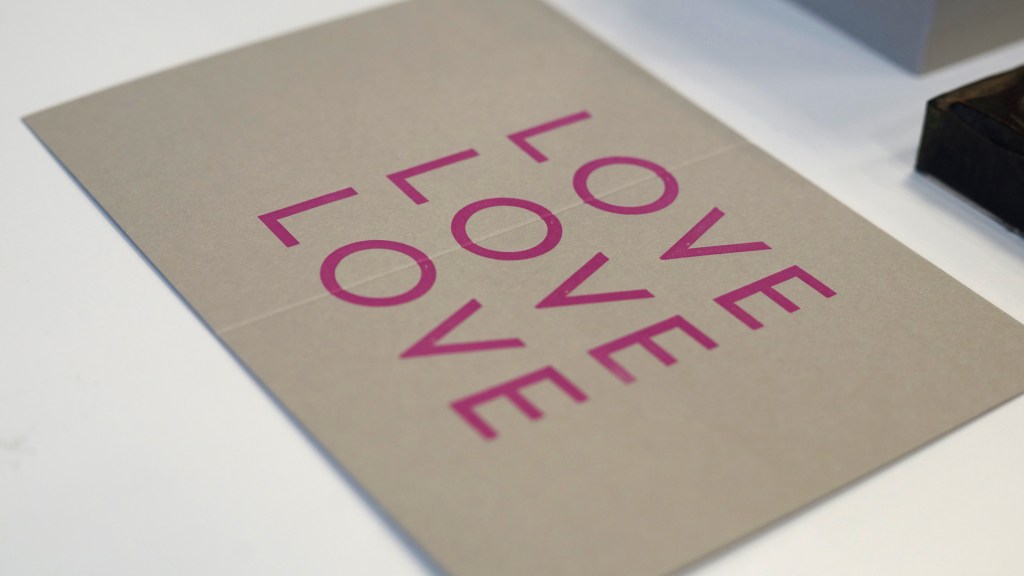 After a bit of alignment on the press and a LOAD of makeready, I managed to get the centre line right through the O as planned. Using some leftover Materica Clay from last year’s Christmas Cards, I set to work in making a short run of about 15 cards. The lack of type meant three passes through the press, step-and-repeat style to get the wording I wanted. After leaving overnight to dry, I got them creased and folded. 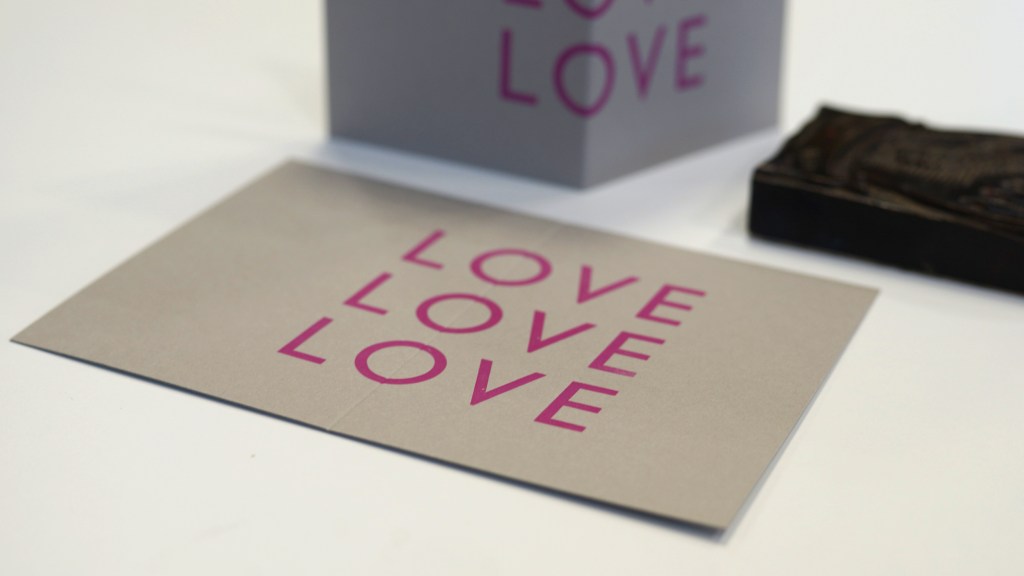 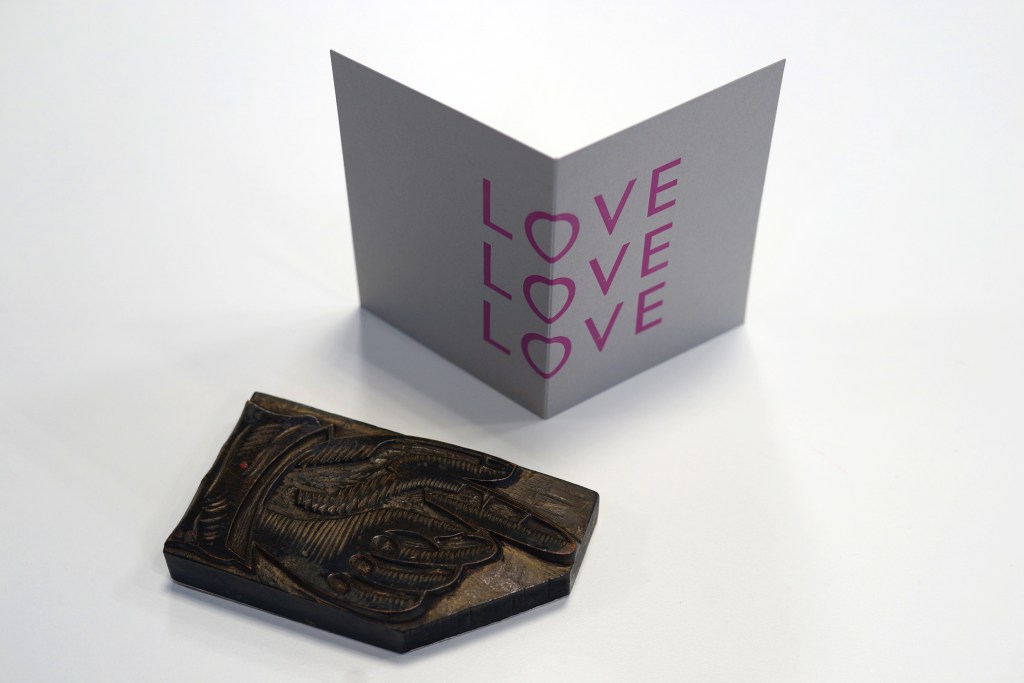 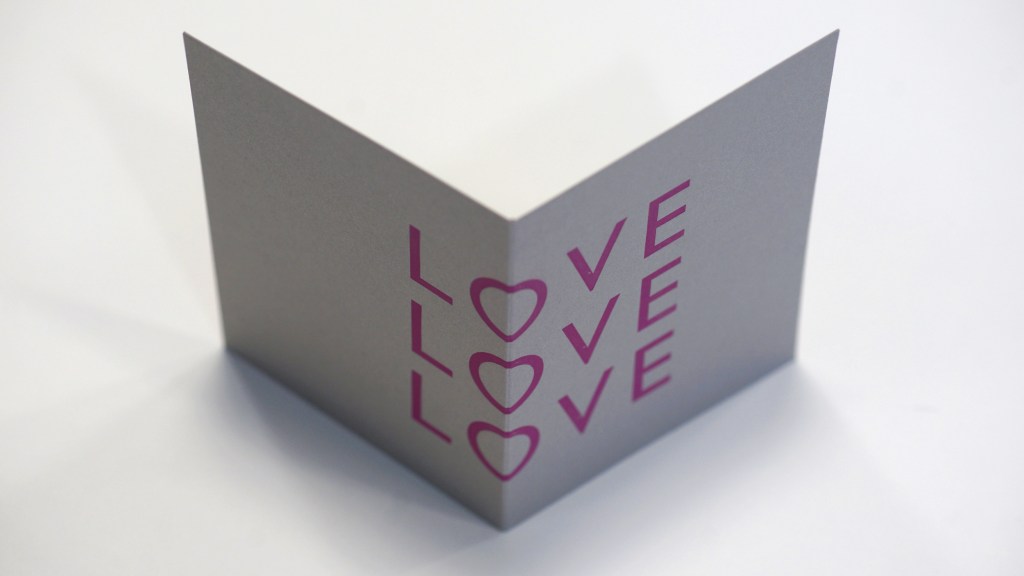 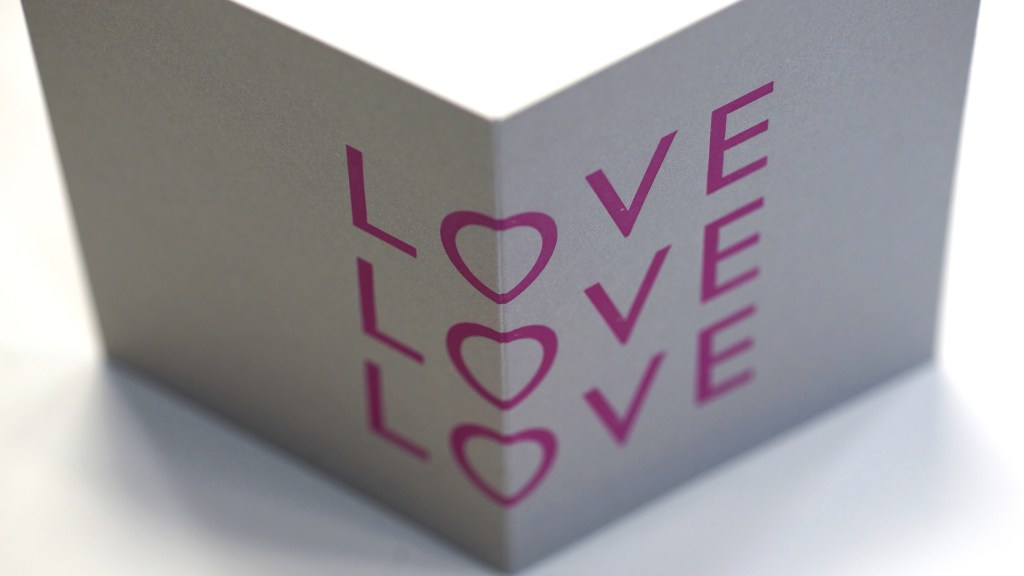 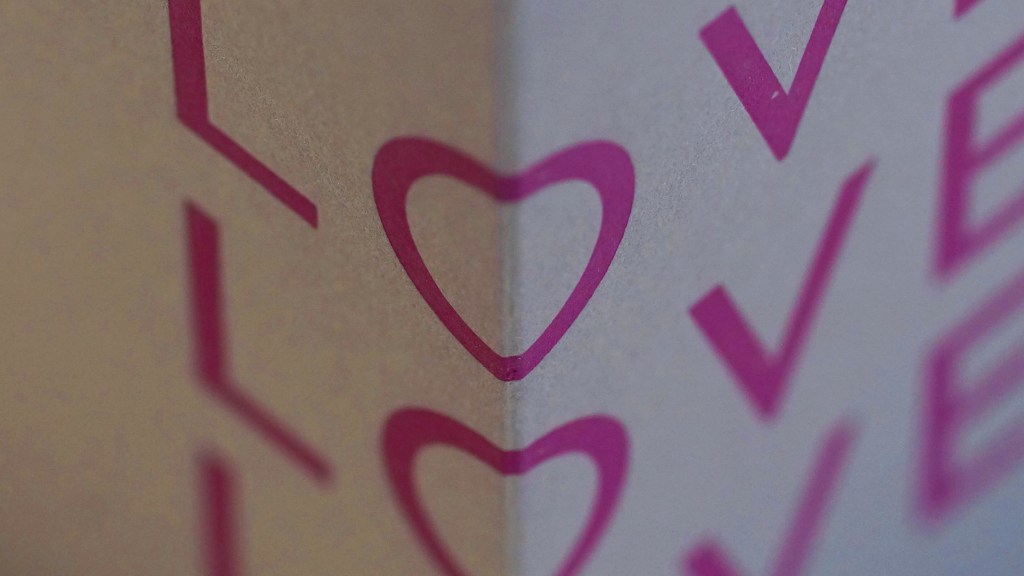 When placed flat the card reads just fine, but when folded and viewed from just the right angle, a nice little heart appears with the distortion of the O. Romance, eh?

Hope she notices it.