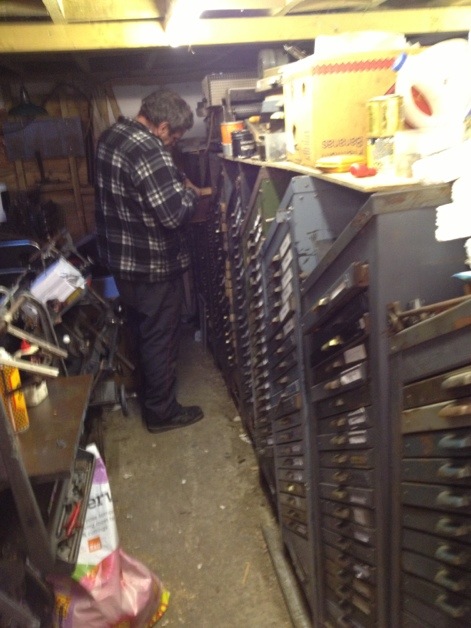 When I realised that I was getting myself into type casting, with the acquisition of my Ludlow Typograph, I went on the hunt for information about the machine and process. I didn’t have to look far – Andy Taylor is one of the more vocal people who I’m linked to on twitter. He’s always offering advice and input on all things printing to me and many others cutting our teeth in this letterpress malarkey. He even helps/calls out the seasoned pros. Andy has probably forgotten ten times more than I know about the industry, so it’s always great to hear what he has to say. The Elrod Press is full of all things hot metal; an Intertype, Elrod strip casters and, of course, a Ludlow (amongst a pile of presses, banks of cabinets of matrices, smelters and all sorts of fascinating stuff)…

As it turned out, a few weeks after getting my Ludlow I was due to be in Brighton on a ‘wedding pre-celebration’ (read: stag-do), so I arranged to go visit The Elrod press after the ‘celebrations’ had died down on the Sunday. This all seemed a great idea until early Sunday morning. However, a bacon sandwich and a walk on the snowy beach freshened me up and I headed to Andy’s vowing to never drink again.

When I got there I was shown down the bottom of the garden to the shop. It looked at first like a small row of wooden cabins, but it was like a Tardis in there. I poked my head round the door and saw a well-organised Aladdins Cave of what can be only be described as all sorts of printing stuff. My hangover instantly became a distant memory. I had finally put a face to the twitter avatar, he looked nothing like Talbert Lanston…

What followed was a baffling explanation of the Intertype, which was absolutely hypnotic – Andy was casting something for the BPS convention and then let me have a go. 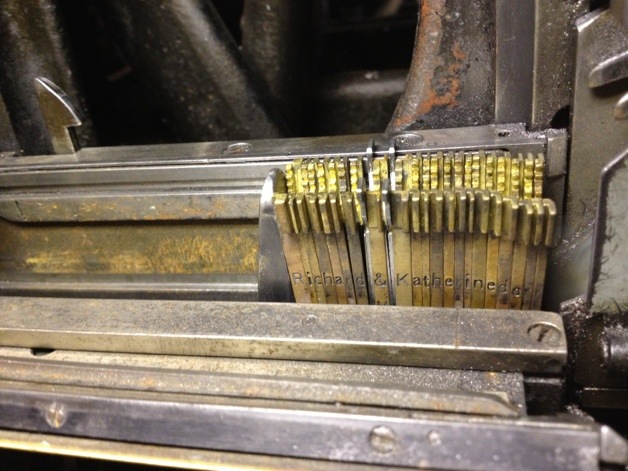 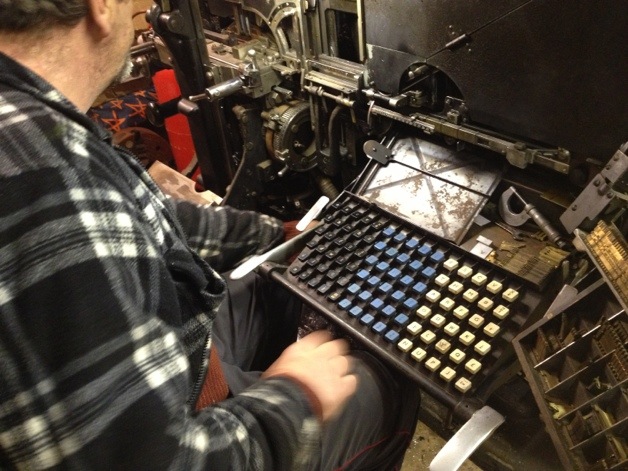 These things are brilliant. If you’ve seen Linotype the movie, then you’ll understand how complexed these machines are and one thing I was wondering was how it perfectly justified every line. No clue how to explain, but it’s bloody clever and the guy that invented them made more money than Linotype did. Then I got to have a look at the dissing of the mats, which was mesmerising:

Inbetween random stories and a showcase of the presses, we got onto the little fella – the Ludlow. Compared to the Intertype it seemed really basic! Put the mats in the stick (right reading), put the stick in the machine, lock it in, press the lever, done. No fancy justification or clever, super-sensitive keyboard (“don’t thwack the Intertype keyboard or you’ll end up with 5 of the same character). Just set it and cast it. That’s about my level. After the intro, Andy had me set the world’s longest line for the BPS and showed me how to split lines up in the casting. 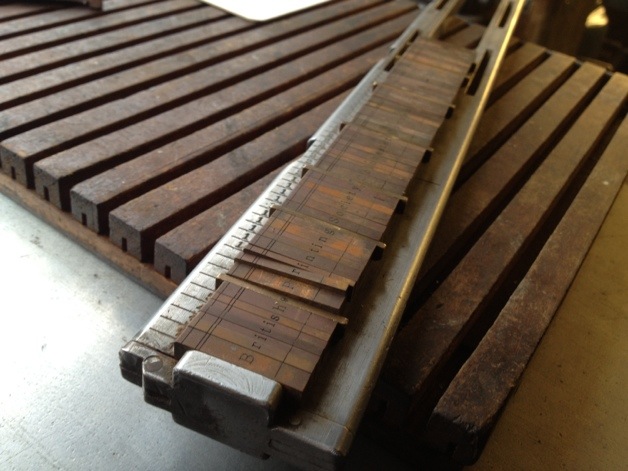 Then I had play with some lovely Karnak, a nice black Egyptian face unique to Ludlow and made a slug for our wedding invites. I also learnt some safety and operating information for when I got my caster running. The general theme was ‘watch out for the hot stuff and stand to the side of the squirt zones’ and if I did everything properly all would be fine. Famous last words. 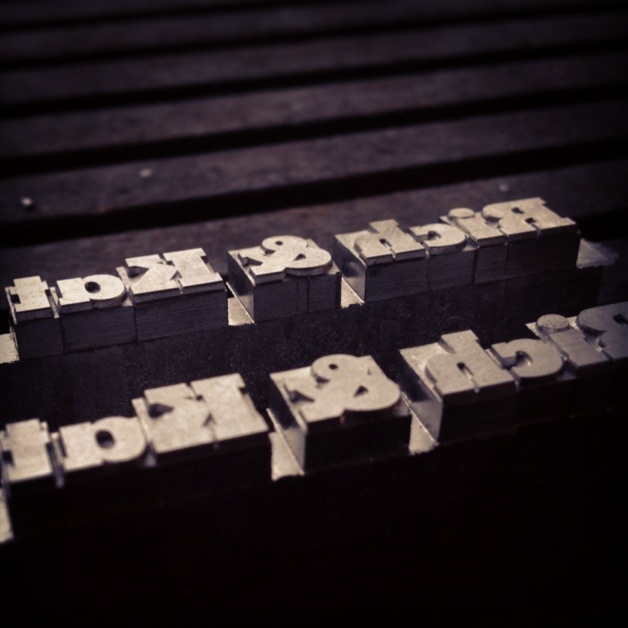 Following the crash course in casting on a Ludlow and some helpful info on my Farley feed board, I broke a promise to myself that I’d set only a few hours before – I went to the pub for a pint or three with my mentor. All in all, a great day and some amazing knowledge gained. I slept all the way home on the train, missed my stop and the following day had the delayed headache from the weekend away, but it was massively worth it. Thanks Andy!

The next step: get my Ludlow operating!