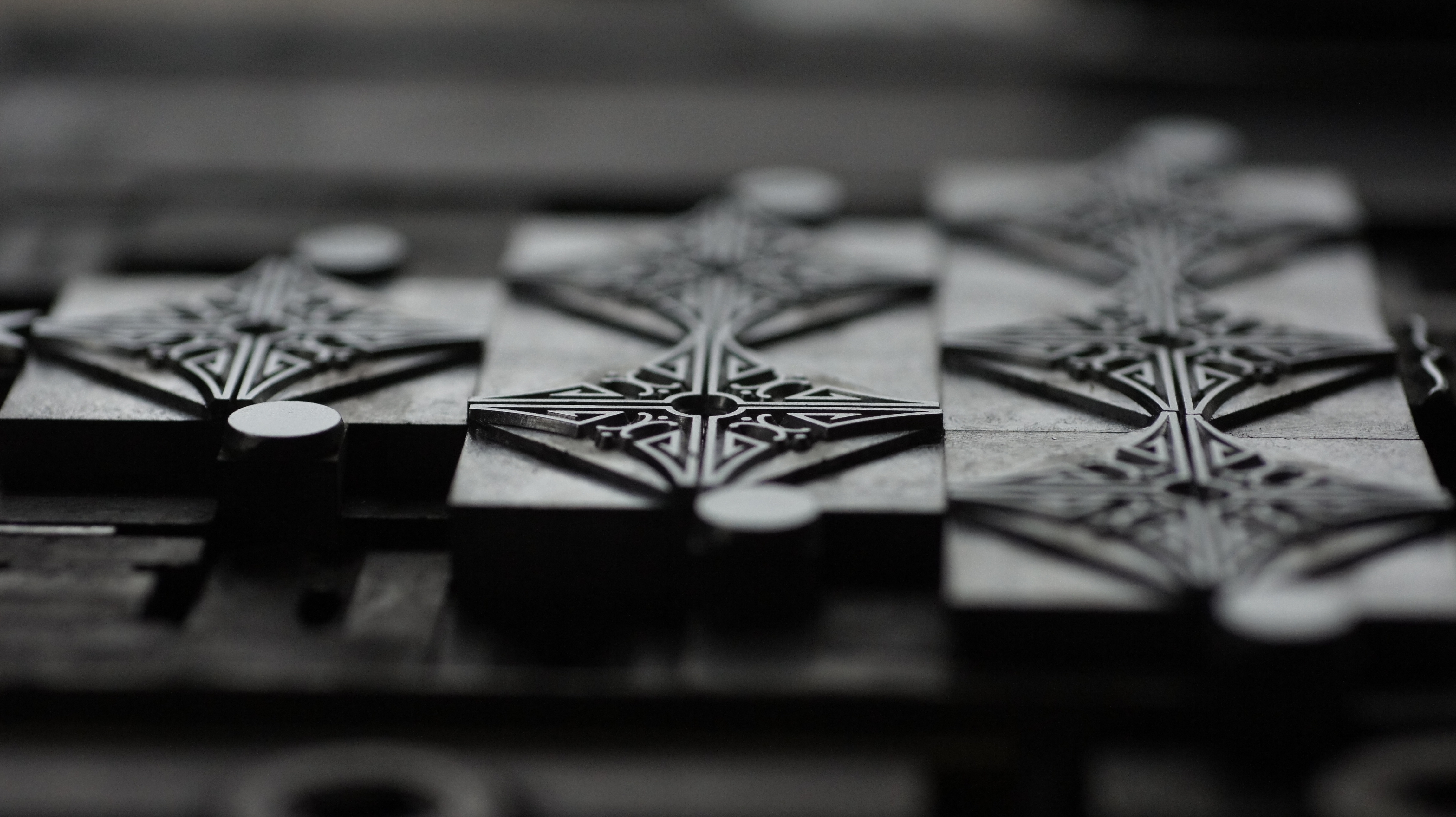 Leading up to Christmas I joined up to a letterpress Christmas card exchange. Expertly organised by Phil Treble, there were around 20 printers around the country sending cards out in December. I’ve never seemed so popular! There were some great efforts and some came through before I’d even began to print mine  – the quality was so high I began to worry that my amateur skills would not match up to experienced printers such as Jacqui at Print for Love of Wood, Andy Taylor at The Elrod Press and the guys at Hand & Eye amongst many others.

Anyway, I decided I wanted to create an ornament-based design for my effort and chose metallic ink on Kraft stock, which I think made a nice combination. I managed to get hold of some gold bronzing powder from eBay and used this in combination with gold ink for one set of the cards. I also did a set with silver ink too.

The design was made from some of the ornaments that I got from Andrew at The Carpathian Press back at the Oxford Guild of Printers Wayzegoose. It was assembled to represent a Christmas Tree, and took a couple of efforts before I got the balance right. I also needed to play with the amount of ink that was used as the metallics didn’t seem opaque enough using a regular amount, and the effect wasn’t so good.

The bronzing powder worked a treat, although I had to go shopping for a Mascara Brush, which got me a few funny looks. a lot goes a long way with this stuff and it’s so fine it’s likely to get airborne as soon as you touch it – I’d definitely recommend using in a well-ventilated space, and not your living room. I found out the hard way!

I printed the cards on my Peerless press, and whilst I was there, Toril Brancher kindly took some amazing photographs, which are below. Overall, I was pleased with the prints and learnt a lot in the process but the quality of some of the work that came through my letterbox was incredible and something to aspire to. Thanks to everyone who was involved – can’t wait for next year! 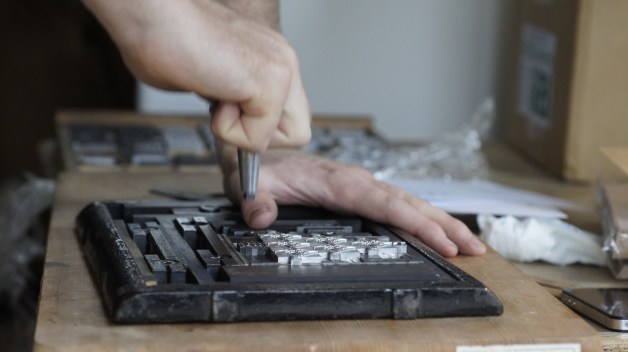 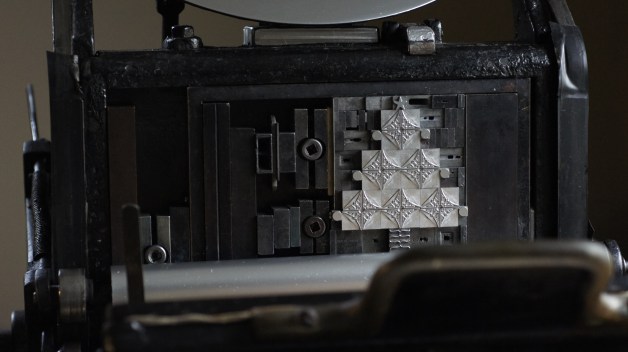 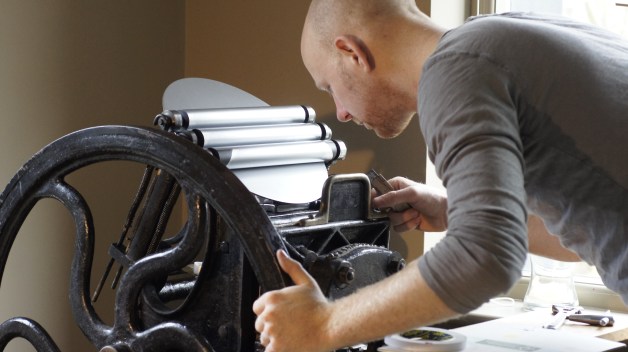 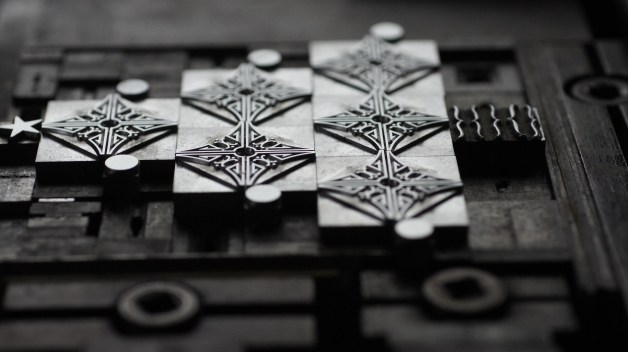 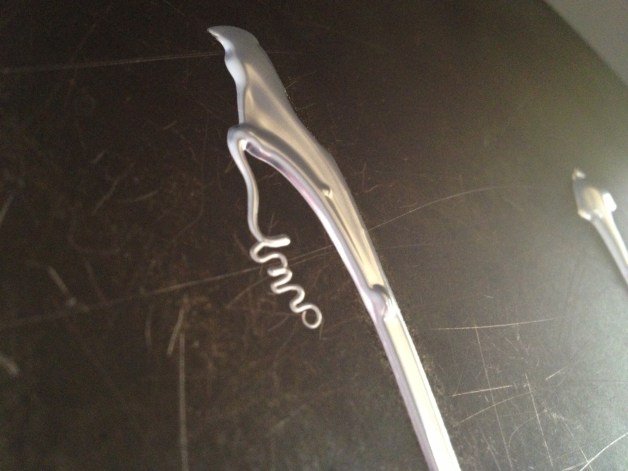 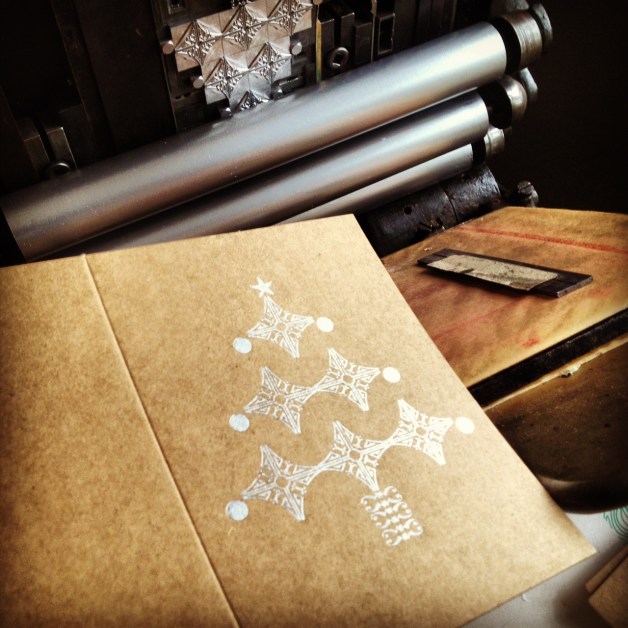 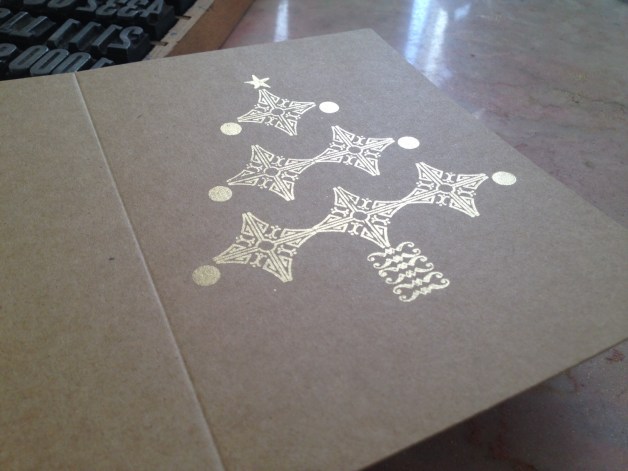